A day dedicated to covering the last stretch of the Classicissima.
It starts from Villa Giada Resort towards San Lorenzo al Mare where the ascent of the Cipressa begins, the penultimate effort of the Milano Sanremo. Once at the top, a small coffee break with a panoramic view of the Ligurian Sea from the main square of Cipressa, but it is a must to stop during the climb to the first bend decorated by the murals dedicated to the Classicissima.
You will face the first demanding descent to Aregai where you will take the cycle path to Bussana to undertake the ascent of the Poggio before attempting the descent that leads to the final sprint upon arrival in Sanremo.
Return to Villa Giada on the cycle path of the Ligurian Coastal Park on the old railway track. 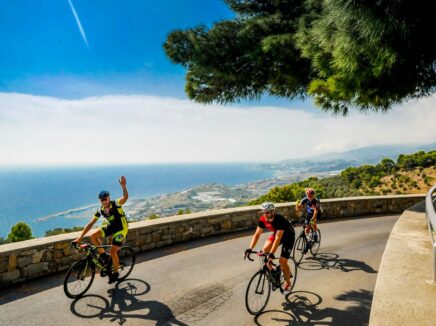 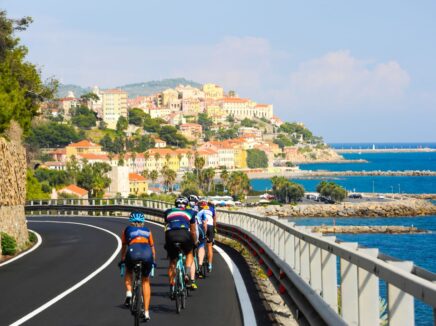 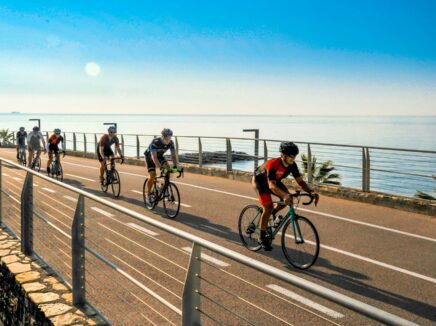 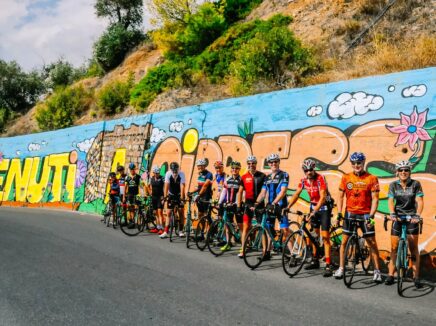