Cycling within the Malatesta dominion

Verucchio, is an ancient town commanding the Marecchia valley, it is strategically positioned between the sea and the hills. The Malatesta dynasty was born here, and the town was also an important centre of Villanovan civilization in the Iron Age. The town nestles across two hilltops, once crowned by powerful castles, the Passarello, now a convent, and the Sasso, one of the best-preserved Malatesta fortresses, were built to dominate the village, the valley and the plain. On a clear, sunny day, the view is simply breathtaking, from the Valmarecchia to the Adriatic coast. 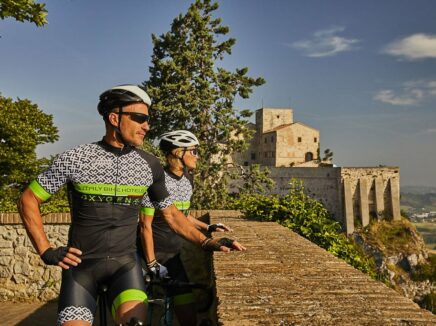 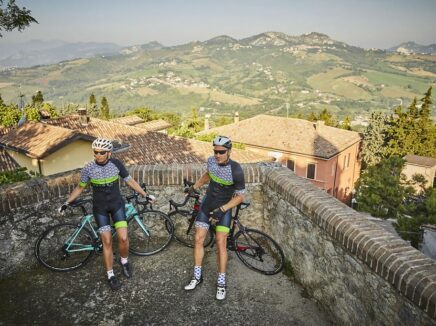 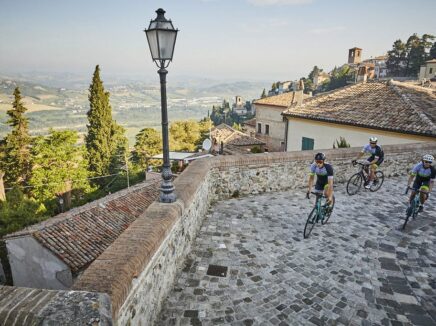