Circular route through 30 kilometres of inland Abruzzo. Departing from, and returning to, Giulianova.

An ideal ride for cross-country lovers, which begins to rise in elevation after a few kilometres, the route is almost entirely composed of unpaved roads and dirt tracks. Departing from, and returning to, Giulianova; in between, you’ll cycle a distance of 30 kilometres and face an elevation gain of 755 metres.

1 Bike hotel nearby the route Tour of Giulianova 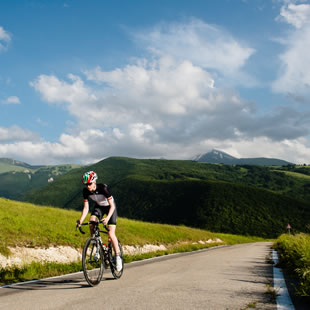 Cyclist who have made Tour of Giulianova say...

Bali? No, Giulianova my little hometown in Italy. Orio612

Italy is in my heart, but Abruzzo is in my soul. Martinaelisabethasch

Nothing else matters when I’m here. Whenever I talk about home, I will be thinking of you #giulianova. Eleonoraiannii